I arrived in Berlin today and we literally dropped our bags at the hotel, The Estrel Berlin, and hit the ground running. We took the short subway ride to the city center- a place that was 70% bombed out and flattened in WWII. This is a city of rebuilding… there is literally construction everywhere!

Our first landmark was the Old Church known as the “Marienkirche” at Alexanderplatz. This place is not only beautiful, it is also the second oldest church in Berlin. It houses a very famous fresco done by Totentanz called “The Dance of Death” which, according to my tour guide “reminds all of us that we are all going down!” There is a skeleton who dances with everyone from the lowly teacher to the emperor! Hopefully I will get in to see this when I have some free time!?

Our next stop was at the Rosenstrasse sculptures in East Berlin. These dramatic sculptures were carved by a woman named Igeborg Hunziger, who wanted to honor the brave Jewish WOMEN who put their lives on the line to defy the Natzis and wait for their husbands outside the detention center. 1000 women stood in waiting. The craziest part? The Nazis actually DID give them their husbands back!?

Along the way we saw bear sculptures that were really cute and lively! (Not to mention that the city flag has a bear on it!) This bear is known locally as “Buddy Bear” and he was originally, according to tour guide Daniel, “created by a bunch of Berlin marketing people in the 1990s”. The idea stuck and the Bears were sold to places around town to raise money for the city. Originally solid colors, people who bought them began to individualize them… there’s even a camo-clad buddy bear hiding in the bushes in front of the Dept of Defense building! I can’t wait to spot more of these guys tomorrow! 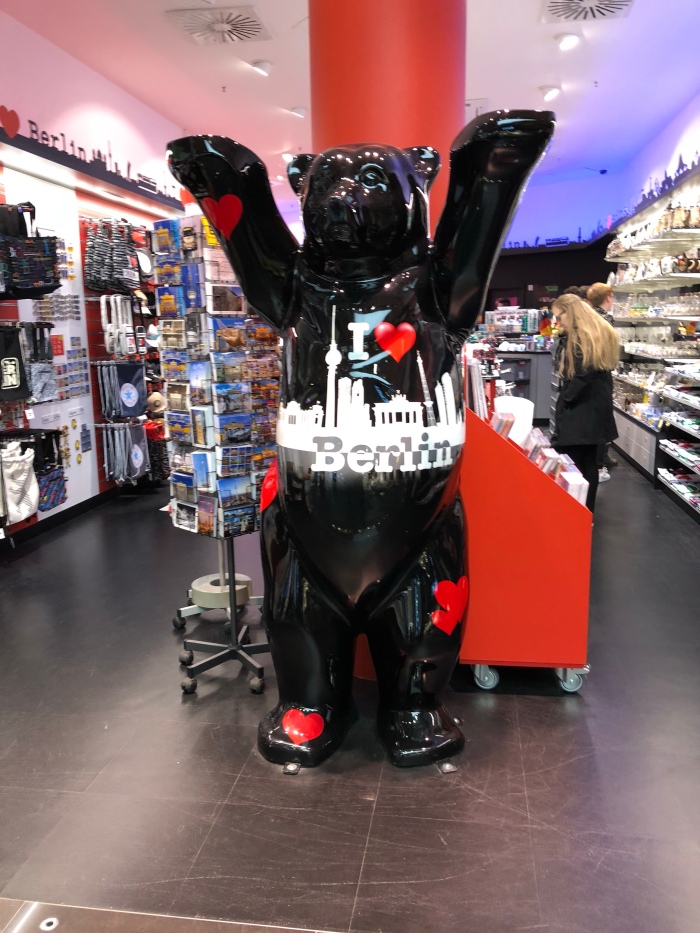 As luck would have it, there was a street market going on and we were granted free time to wander. Interesting things I saw- particularly the record painter!

I also enjoyed a personal favorite- a crepe with Nutella!

Our next stop was at the largest Protestant Church in Berlin. It was so huge, in fact, that most believe it was built to serve as a Protestant version of the Vatican!

The Berlin Wall was next. I got to see portions that are on display… and I learned that they have built bricks into the street, with placards, to mark the entire length of this wall… 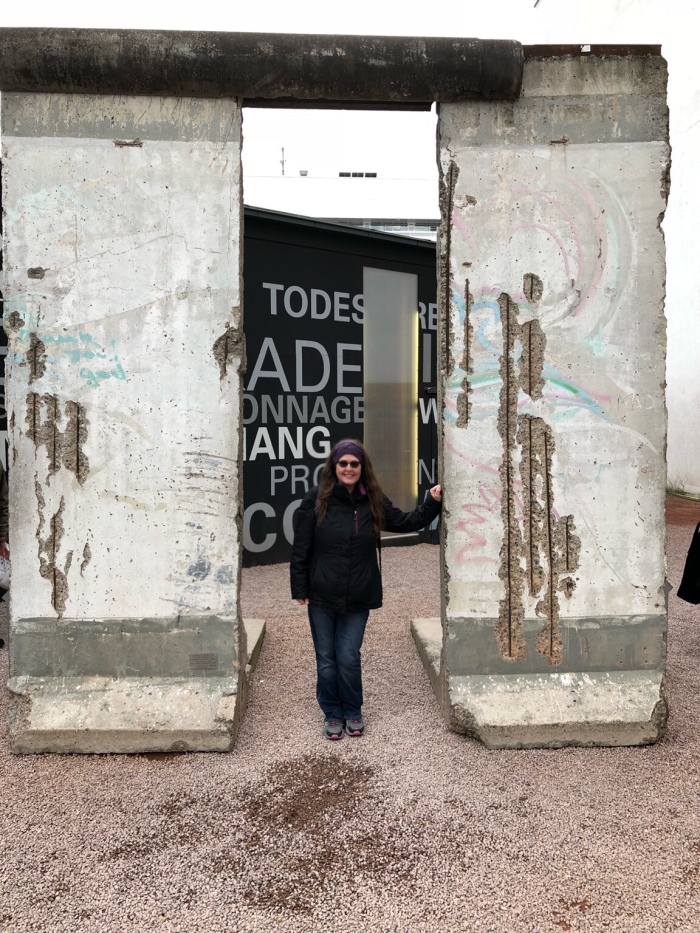 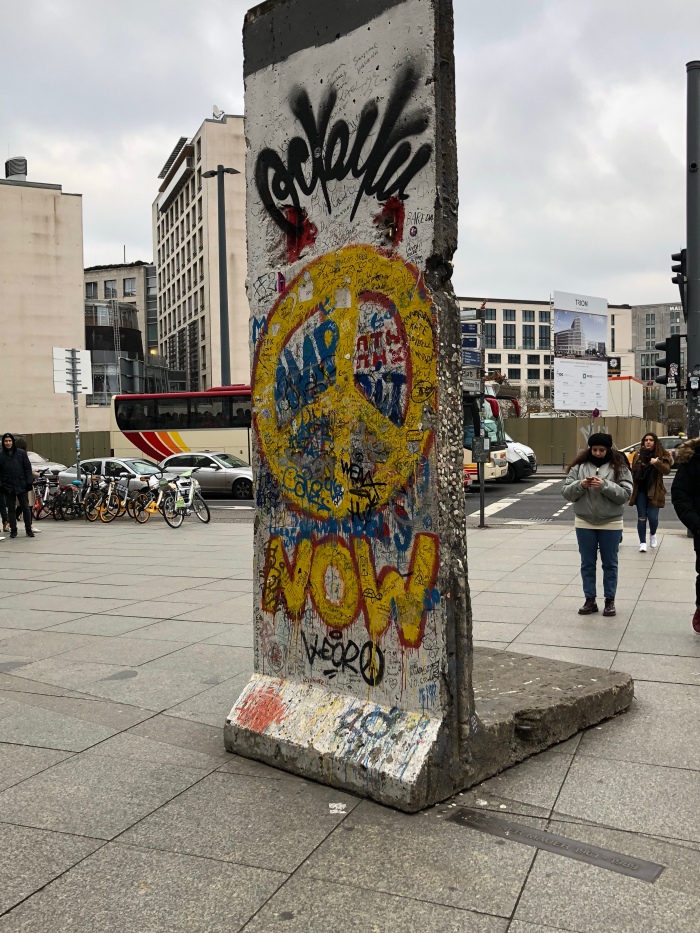 Check point Charlie was next, which was a famous crossing point between east and west Germany. 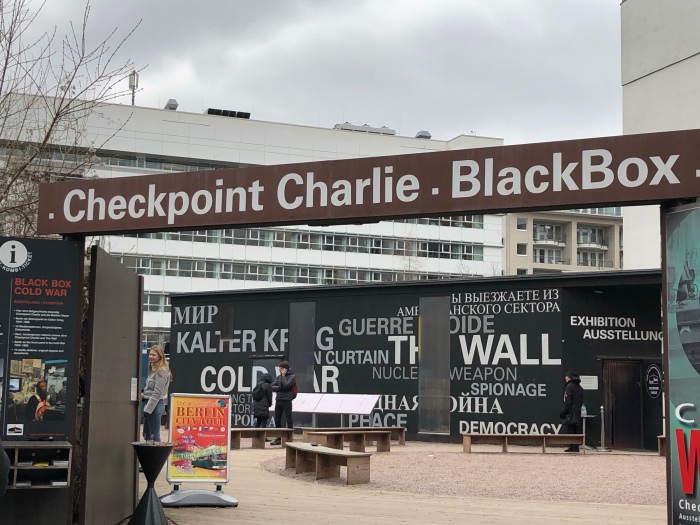 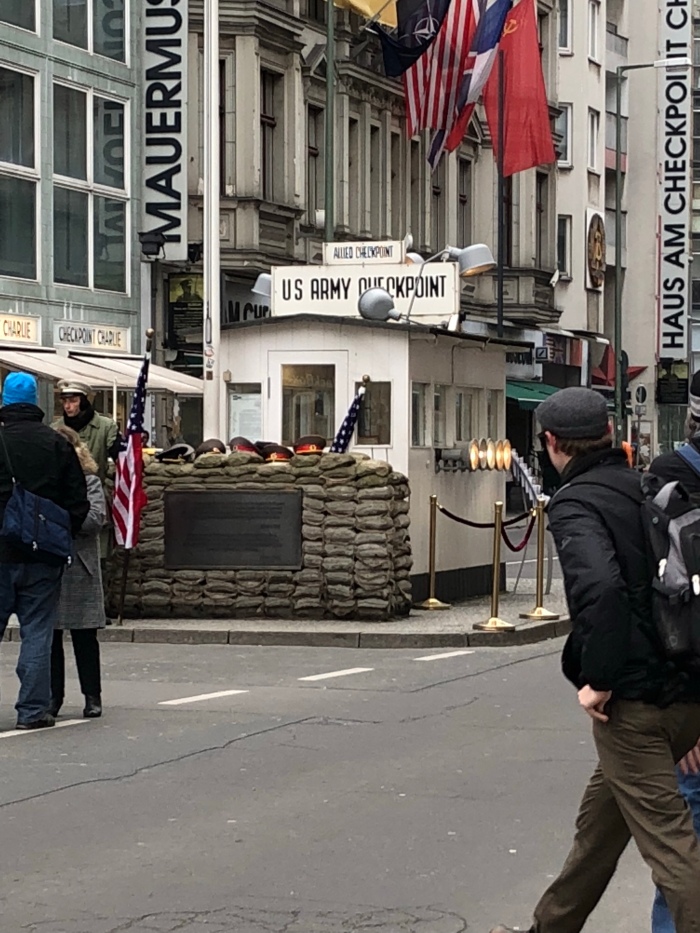 We oohed and aaahed over the Brandenburger Gate… and saw a comical old dude in a white sweat suit jogging with an iPod blasting tunes from his fanny pack. Can’t believe I didn’t get his photo!

This is a photo of perhaps the most famous hotel in Berlin. The Hotel Adlon. One of its claims to fame is that it is the hotel where Michael Jackson was staying when he dangled his kid off the balcony!

Before I close with what I consider to be the most moving part of the day, I had fun capturing some of the interesting things I saw! 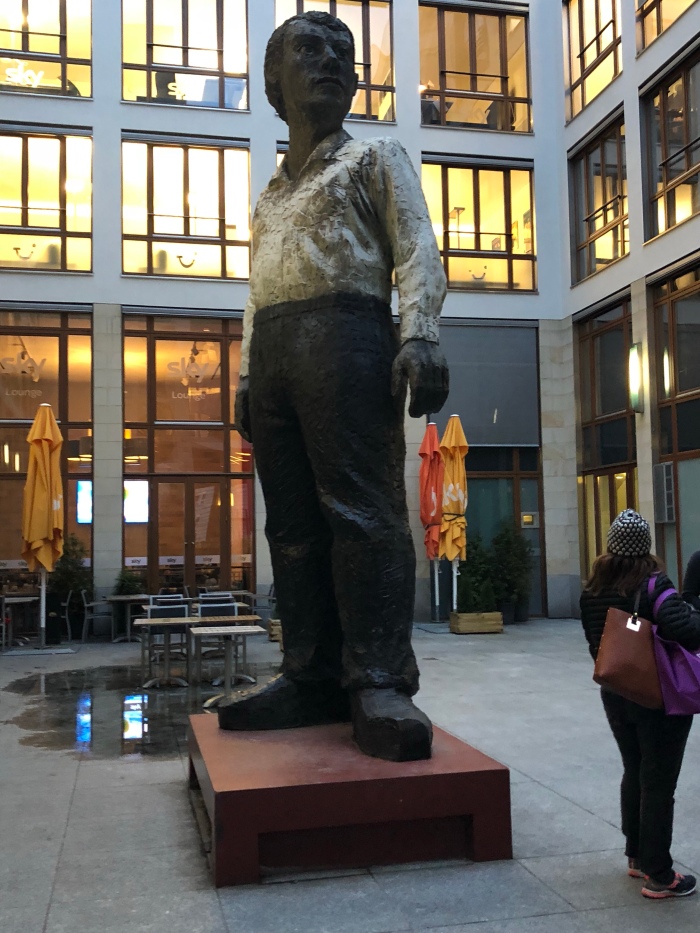 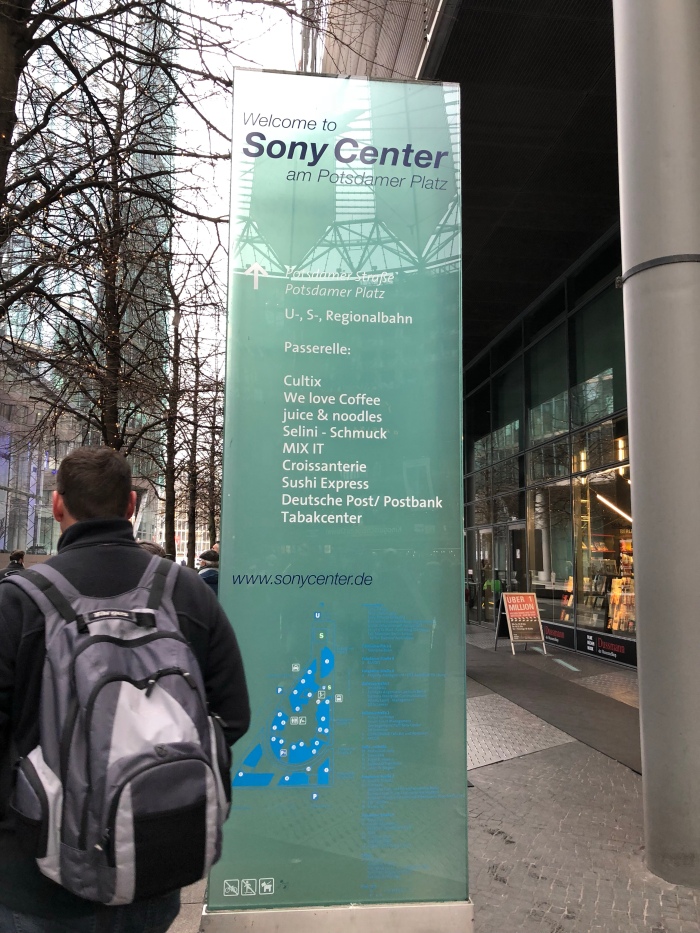 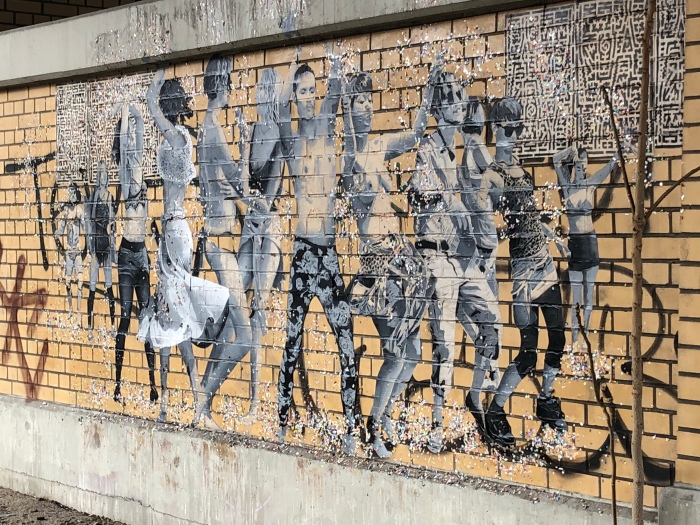 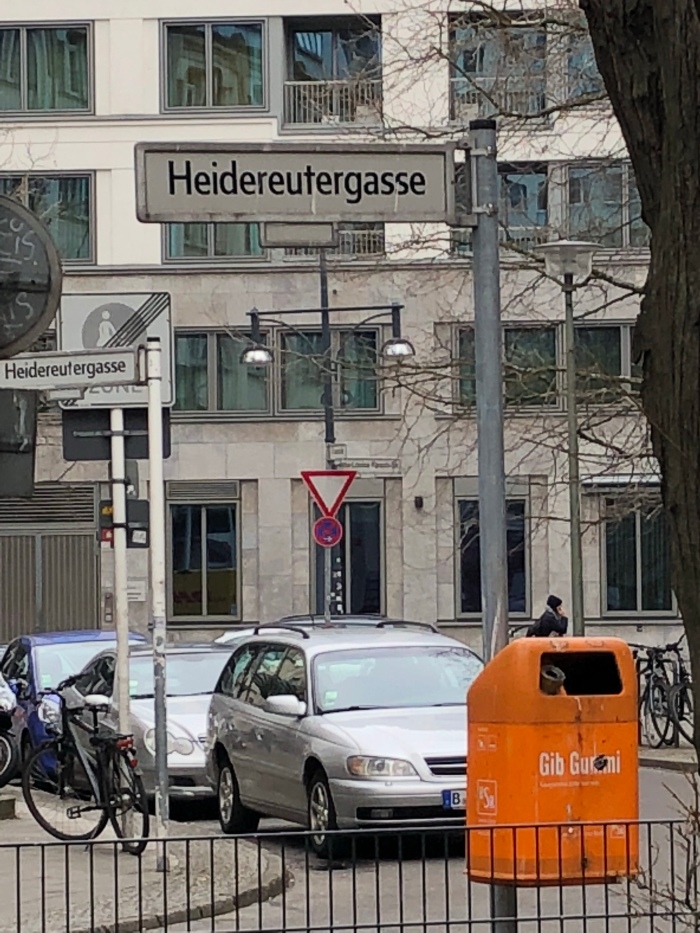 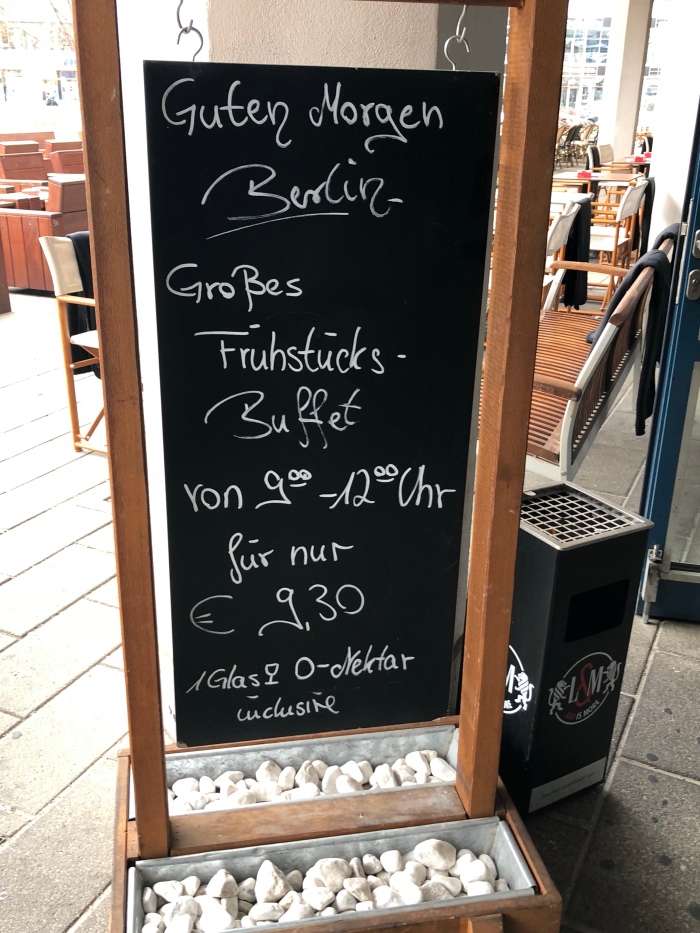 The Holocaust memorial was really the most moving part of the day. The monuments that make up the 2711 stones are completely blank. Daniel, our guide, told us that the artist deemed this place a “place without meaning”. It is a place that you don’t even begin to take in until you walk among the stones. Only there do you feel the weight of the six million Jewish people who were killed during the Holocaust. This was really powerful… 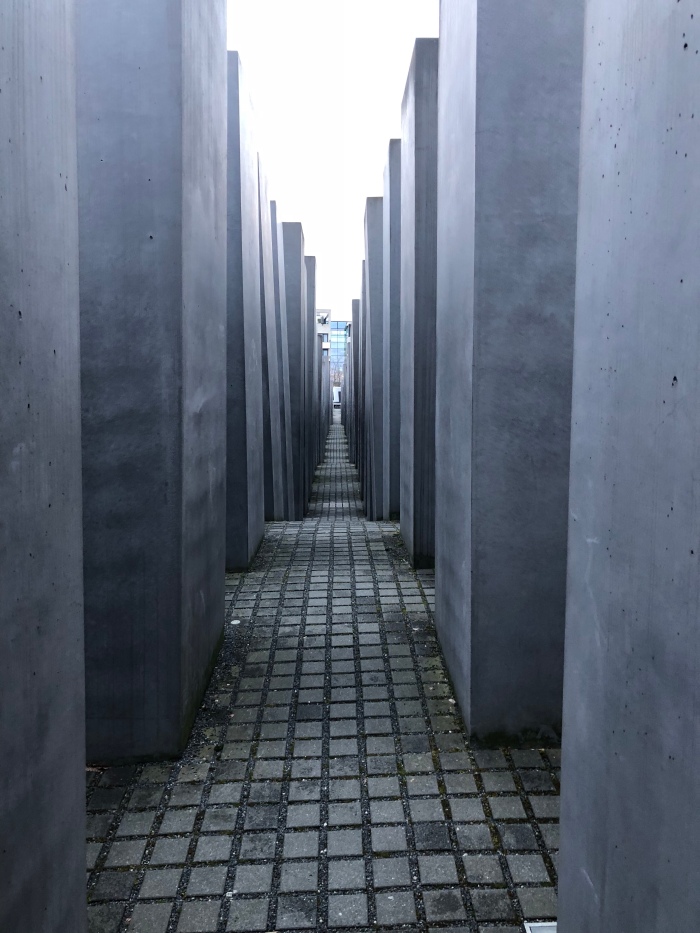 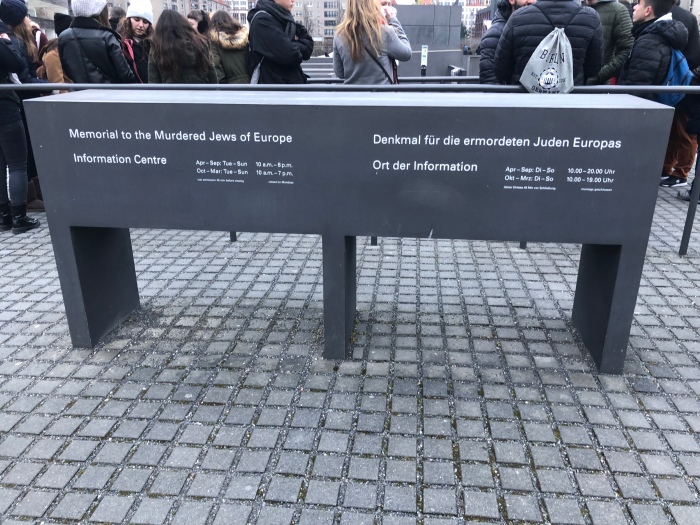 We had a nice dinner, even got to try German wine and beer, then headed back to the hotel!

I can’t wait to see why tomorrow brings!